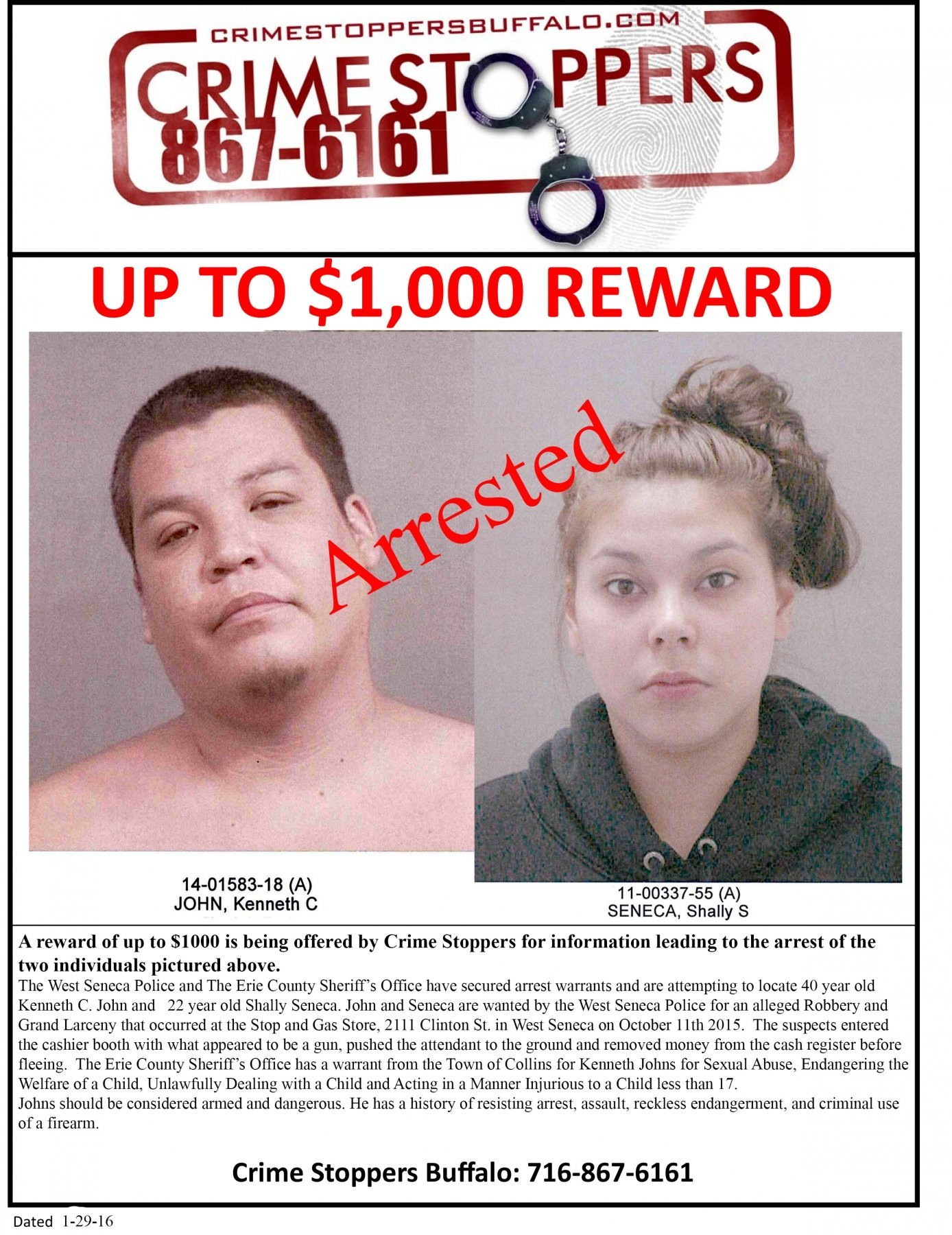 A reward of up to $1,000 is being offered by Crime Stoppers for information leading to the arrest of the two individuals pictured above. The West Seneca Police and The Erie County Sheriff’s Office have secured arrest warrants and are attempting to locate 40 year old Kenneth C. John and 22 year old Shally Seneca. John and Seneca are wanted by the West Seneca Police for an alleged robbery and grand larceny that occurred at the Stop and Gas store, 2111 Clinton St. in West Seneca on October 11th, 2015. The suspects entered the cashier booth with what appeared to be a gun, pushed the attendant to the ground and removed money from the cash register before fleeing. The Erie County Sheriff’s Office has a warrant from the Town of Collins for Kenneth John for sexual abuse, endangering the welfare of a child, unlawfully dealing with a child and acting in a manner injurious to a child less than 17. John should be considered armed and dangerous. He has a history of resisting arrest, assault, reckless endangerment, and criminal use of a firearm. If you have any information leading to the arrest these two individuals please contact: 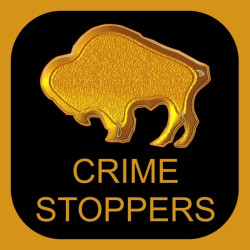 Questions about Crime Stoppers WNY can be directed to the chairperson at chairman@crimestopperswny.org or by mail at:
P.O. Box 862 • Williamsville, NY 14231